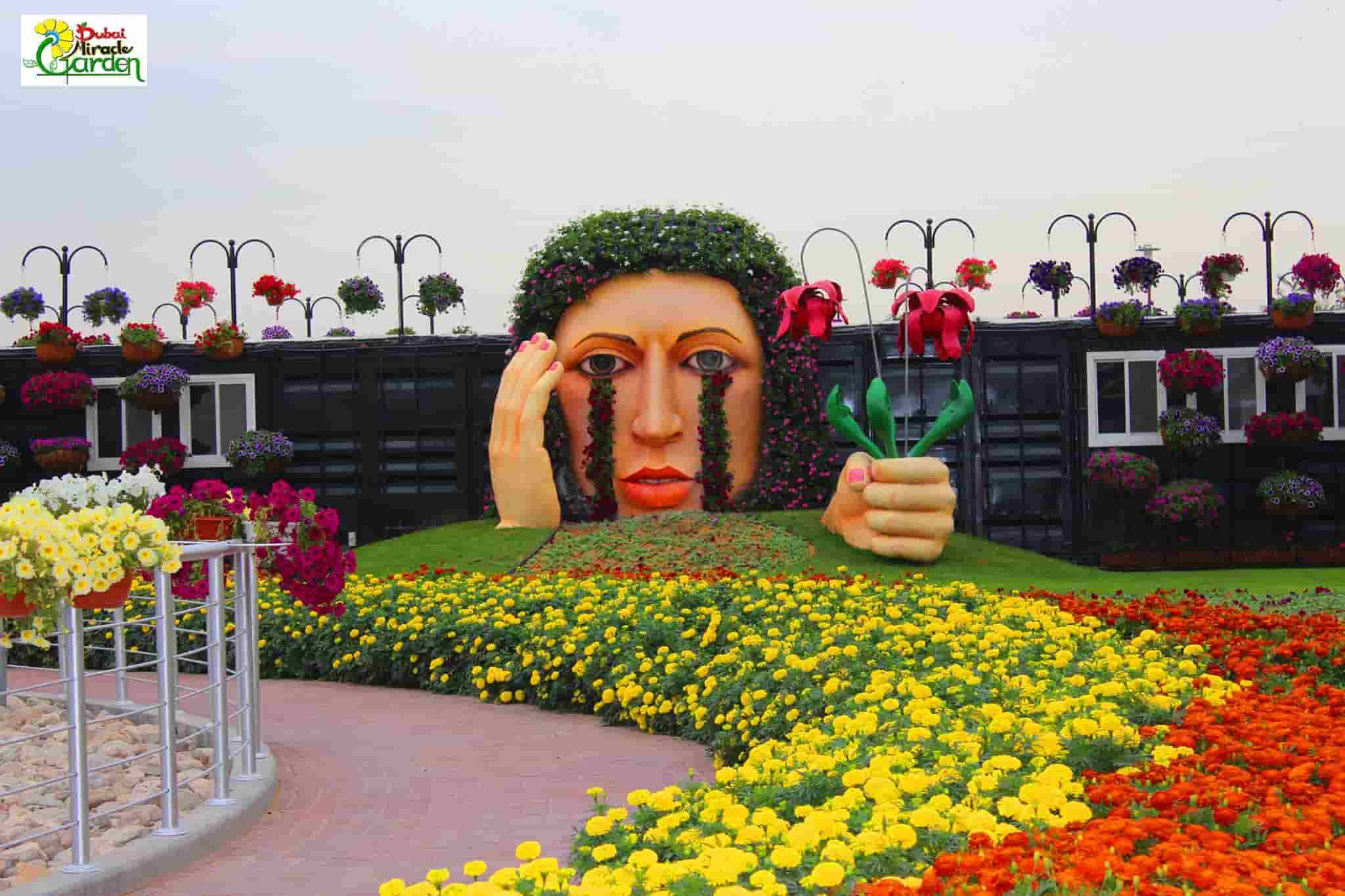 Next time you’re cursing the weather while working in your garden, spare a thought for gardeners elsewhere. We’ve compiled a list of some of the toughest places on earth to establish a garden. These are places where choosing native plants is the best course of action – unless you’re cashed up or extremely stubborn!

Mention Dubai and it conjures up visions of awe-inspiring skyscrapers in the desert; it’s hot, humid and averages only five rainy days every year! However, this futuristic city is also home to the world’s largest natural flower garden, which encompasses over 72 hectares of garden beds and 3D  floral displays. It is estimated to have 50 million flowers and 250 million plants, with 120 species of flowers featured.

The garden was launched on Valentine’s Day in 2013 and is open from November to May when the weather is more convivial. Planting occurs in the peak of summer – in July temperatures can reach a blistering 50ºC. What keeps this tourist attraction looking fabulous during the season? Regular watering, of course – an average of 750,000 litres of reclaimed water are used daily. 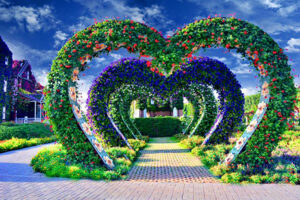 Inside the Arctic Circle the average winter temperature is -34ºC, while summer hovers varies between -10º and 10ºC because of the comparative ocean warmth. What’s interesting about life in the tundra is that arctic foxes are responsible for the flowers that bloom around their dens. While they aren’t actually gardening, their organic waste supports the abundant growth of summer’s yellow wildflowers.

Harbin, China is famous for its annual ice festival with average winter temperatures plummeting to -24ºC overnight and rising to -12ºC on sunny days. While this harsh weather could make one think of a barren wasteland, the nutrient rich chernozem soil, or ‘black earth’, is ideal for agriculture (like wheat) and flower farming. In spring, the city’s botanical gardens are carpeted with colour as tulips and daffodils bloom. 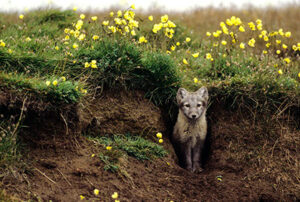 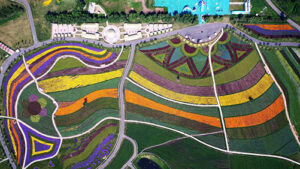 This uninhabitable island 940 kilometres from Tokyo is really the caldera of an undersea volcano. It lay dormant for around 10,000 years until a series of eruptions, starting in 1974, saw it grow in size from 600m long and 200m wide with an area of 0.1 km2 to its current size of 2.9 km2. In 2016, a group of scientists studying the ecology of the island found that nesting birds, including gannets and bramblings, had created an environment for goosegrass and purslane to grow. 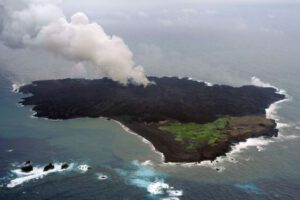 The inhabitants of Rjukan, Norway live without direct sunlight between September and March thanks to the mountains that tower over their village. Since 1928, the locals have had a cable car to take them up to the top of the mountain for a dose of vitamin D. But for some that wasn’t good enough. So in 2013, they installed the Solspeilet – a group of three sun mirrors perched up high and reflecting a circle of warm orange sunlight into the town square. Of course, a lack of direct sunlight doesn’t mean a beautiful garden is out of the question, but it does limit ones choices. The local is area is known for its wild blueberries, cranberries, cloudberries and mushrooms. But no sunflowers are grown in Rjukan. 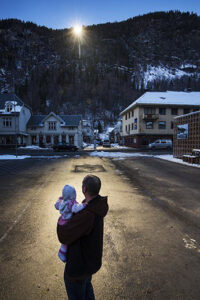 Image: via The Guardian

With an average rainfall of more than 12,000 millimetres in some areas, this state in India is the wettest place on earth. However, it doesn’t seem so foreboding if you focus on the positives – like it’s great for growing rice, pineapples, papayas, maize, ginger, turmeric, black pepper, orchids and other water-loving plants; and there are truly awesome natural wonders in the region, like Nohkalikai Falls, India’s highest waterfall. The living root bridges woven from the aerial roots of the Ficus elastica tree are also a gardener’s delight. 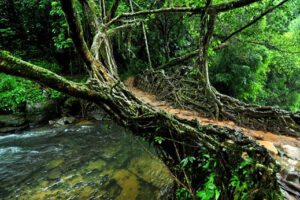 Oklahoma, where the wind comes sweepin’ down the plain… Those cheery lyrics just roll off the tongue, like tumbleweed and uprooted trees! But imagine what it’s like to garden in one of the world’s windiest inhabited places. Online forums talk of the need for 6 stakes to hold up one tomato plant and creating 3 metre high windbreaks for garden beds using densely planted corn or sunflowers. Constant wind affects a plant’s ability to put down roots and absorb water, causes breakages and distortion, and increases the chances of fungal diseases and other pathogens being spread. It’s enough to make consider another hobby. Musical theatre, perhaps? 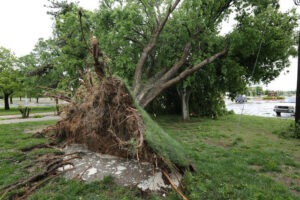 Image: The Oklahoman via NewsOK

Feeling inspired to get into the garden this weekend? Why not add structure, definition and the finishing touch around your garden beds, lawn, paths or driveway with Link Edge. Stylish, easy-to-install and long-lasting, it’s the garden edging that can cope with all weather conditions!